Tom Cruise is 59 years old, but recently he’s been trending on TikTok for apparently being ageless. Videos have surfaced of him doing some crazy stunts that would probably result in injury for the average man his age. The videos have made people think he’s like the Hollywood version on Lebron James in terms of defeating father time. However, there’s more to the videos than meets the eye.

Recently footage went viral of Tom Cruise jumping over Keegan-Michael Key. However, the video was another one of the deep fake Tom Cruise TikTok videos. Apparently the real identity of the fake Tom Cruise is a man named Miles Fisher who looks exactly like him. It’s rumored that AI software is used to put the finishing touches on his videos to really make them seem like the real person. Take a look.

It’s alleged some of the deep fake Tom Cruise’s face is AI generated.

This is Miles Fisher, who as you can see looks exactly like a young Tom Cruise.

The deep fake AI generated Tom Cruise TikTok video is another example of how technology can easily fool human perception. This is scary, because you could easily impersonate someone important like a government official. Miles Fisher is genius for using his doppelganger status to become more famous than he already was. 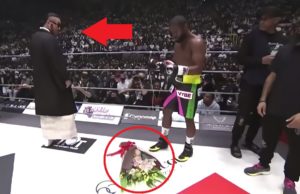 Floyd Mayweather's exhibition fights in Japan have become a source of unexpected entertainment. By that we mean...

One of the most controversial parts about NFL football is the amount of head injuries players sustain during games. Throughout the years the league...