The television show Family Guy is known for its off-color humor, and its willingness to make fun of any and every topic imaginable. However, Family Guy recently made an insensitive and disrespectful joke about the late rapper Nipsey Hussle. On a recent episode, during a scene where the characters were discussing going to a music festival, Chris Griffin said, “They’re going to have holograms of Tupac and Nipsey Hussle, who I never heard of and then was told to care immensely about”.

This joke was met with an uproar of criticism from fans of Nipsey Hussle, who saw it as a disservice to the rapper’s legacy. Nipsey Hussle, born Ermias Asghedom, was a rapper, entrepreneur, and philanthropist from Los Angeles. He was most famous for his extensive work in the hip-hop industry, but also made notable contributions to his community. He worked to create jobs and resources to benefit south-central Los Angeles.

The joke made by Family Guy implies that Nipsey Hussle was not well-known and was of little significance, which is not only untrue but also incredibly disrespectful. Nipsey Hussle was a beloved figure in the hip-hop community and his death in 2019 left a deep void in the rap world. He was nominated for numerous awards and his music was loved by many fans.

What is particularly troubling about the Family Guy Nipsey Hussle joke is that it disregards the beloved and significant legacy that Nipsey left behind. Nipsey Hussle was known for his dedication to his community, and for being a positive role model. For Family Guy to make such a joke about him is an insensitive and disrespectful commentary.

Nipsey Hussle was a unique voice in the rap industry, one who had a positive message and was a source of pride for many in his community. The joke made by Family Guy undermines the impact and the importance of Hussle’s life and career, and the meaningful contributions he made to his community.

Family Guy should have been more respectful in their comedic commentary, and showed more respect to Nipsey Hussle’s legacy and the impact he had on the hip-hop industry. The joke was in poor taste, but this type of controversy is why it’s one of the most popular cartoons of all time. Family Guy has no filter. 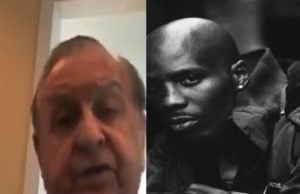