Drake hacked into SportsCenter like Joker from Batman Dark Knight, and people think it was to take shots at Kanye West. Drake hacked SportsCenter to announce his Certified Lover Boy album was releasing on September 3, but the message may have actually been more of diss towards Kayne West.

The Evidence Drake hacked into SportsCenter to Diss Kanye West

Remember that group text message that Kanye West sent Drake after hearing the Trippie Redd Betrayal Track? In the message he used a Joker clown emoji to reference him.

This is where Kanye West called Drake the Joker. Essentially Drake is trying to take the power of that diss away, by embracing being the Joker.

Here is the clip from the Dark Knight where Joker Hacked a news feed. This is what Drake copied.

As many people have been saying this Drake vs Kanye West might be corniest Hip-hop beef ever in terms of how they are going back and forth. Drake pretending to hack SportsCenter this morning is next level corny, but his diehard fans will probably to play it up like he did something amazing.

So far Kanye West is easily outdoing Drake in terms of his album rollout. Kanye West’s listening parties are truly epic, while Drake is resorting to corny stunts like pretending to hack SportsCenter.

Hopefully both their albums are good. 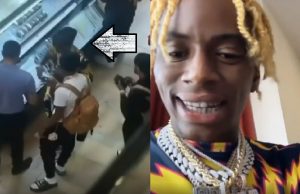 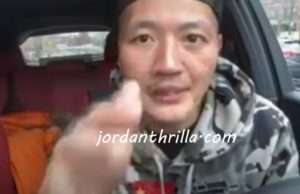 China Mac's rap career is over, or so it seems. In a new viral video it was...

Today was an exciting day for basketball fans who got to witness several players put on 50 point masterpieces. When Darius Garland dropped 51...