Did Lil Nas X fake being gay? The question is viral, because a new video shows Lil Nas X has a girlfriend.

In the surprising footage Lil Nas X is flirting with his girlfriend as she feeds him food. They even stick their tongues out at each other like a couple in true love. This has caused much controversy, because Lil Nas X has made a career off appearing to be gay.

Did Lil Nas X take advantage of the gay community for his own personal gain?

Who Is Lil Nas X’s Girlfriend?

As of right now the identity of Lil Nas X’s girlfriend is unknown. She looks to be around his same age with long black hair, and looks a bit like Lori Harvey.

Take a look at this footage of Lil Nas X with his girlfriend, maybe you will recognize her.

Unless that’s a transgender woman, it’s tough to argue against people who feel Lil Nas X faked being gay.

Nevertheless congratulations to him and her on finding new love. 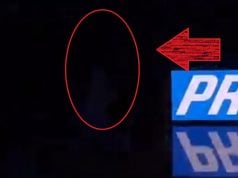 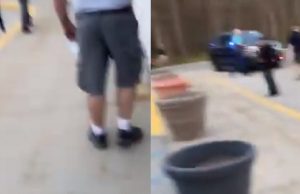 May 2, 2021
Video footage from the Oneida Casino Mass Shooting has Green Bay's lax gun laws under heavy scrutiny. According to reports the shooter shot 7...