JordanThrilla
Home Hip Hop Who is the Curvy White Woman Flirting With Lil Boosie On Airplane... 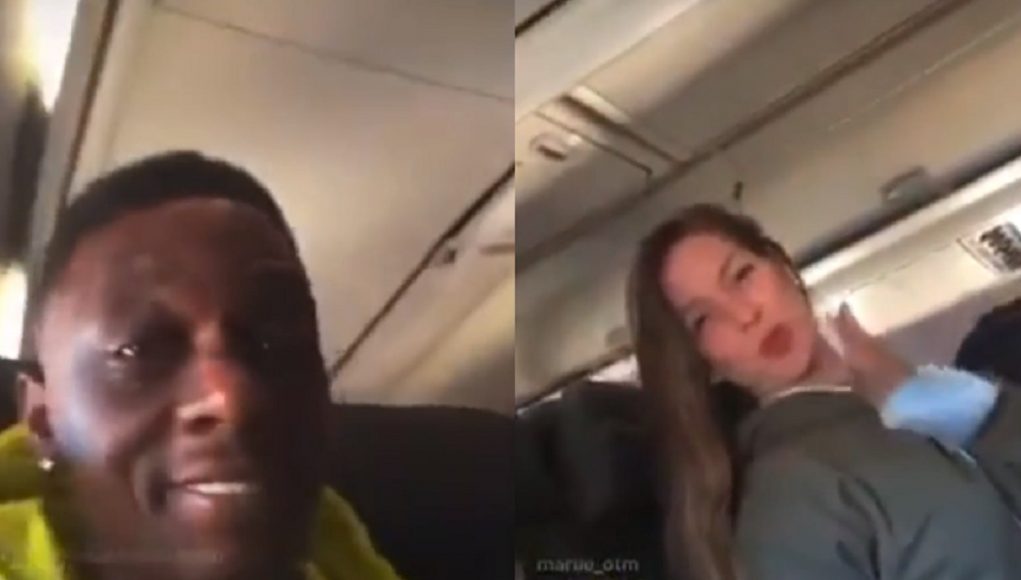 Lil Boosie was having a great time on a plane when a random woman started to attempt catching his attention. A curvy white woman was flirting with Lil Boosie on an airplane, and she was trying her best to make a memorable impression.

At the beginning of the video she was in her seat making flirty expression at Lil Boosie. It wasn’t until she got up that her hidden curves came into view. Lil Boosie took a moment to show all his IG followers.

You’ll notice in the video that it appears Lil Boosie changed his accent while he was talking too the curvy white woman. He made sure to sound extra proper, like he was code switching. Most people would never think Lil Boosie was the kind of person that would feel the need to do that, so it was extra funny to see.

If you didn’t watch until the end of the video, this was what Lil Boosie saw when she stood up to show off her viral curves.

The funniest part was when Lil Boosie says, “Yep, I like them all kind of colors, Puerto Rican, white, Chinese”. You could tell he was a bit nervous, but trying his best to sound cool at the same time.

The big question on social media now is who is the curvy white girl flirting with Lil Boosie on the airplane? It still remains an internet mystery.

Was Giannis scared to guard Durant? The world is pondering what took place in a Game 5...

Elon Musk is trending once again after targeting Dr. Fauci, his wife, and the mental state of society in a series of tweets. Since...