JordanThrilla
Home Hip Hop Who is the Woman DTE Trouble Died Over? Details About Jamichael Jones’...

As you may or may not know the first reports about DTE Trouble getting shot while sitting inside his car were apparently false. A leaked police reports states that DTE Trouble was caught sleeping with the ex-girlfriend of Jamichael Jones who is the main suspect in his murder case. The details about how everything transpired are simply tragic, and show that DTE Trouble got a lil too comfortable with the woman he was allegedly seeing.

Amidst the news of DTE Trouble getting murdered by Rissa Royce’s ex-boyfriend Jamichael Jones she cleaned out her Instagram account so there is no personal information, and also made it private. Naturally that was the safe thing for her to do with the investigation ongoing. At the moment there is a warrant for Jamichael Jones’ arrest, but he has not been captured. The photo below is how Rissa Royce’s Instagram looked before her boyfriend was connected to DTE Trouble’s murder.

Here is Rissa Royce’s IG account @iamrissaroyce after she cleaned out all the information. If you notice it no longer shows that DTE Trouble was following her.

Here is the photo of Jamichael Jones that police have released.

Before the police report details about how DTE Trouble dying over a woman were released, so many conspiracy theories were floating around social media. Those theories seemed less crazy than what the actual truth was considering DTE Trouble lost his life because of scorned ex-lover who couldn’t stand to see his ex-girlfriend with another man.

This situation goes to show you always have to be wary if your love interest has a crazy ex lurking around, because you never known when they might show up. 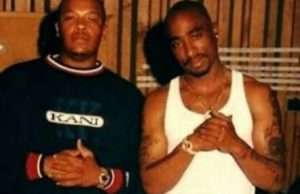 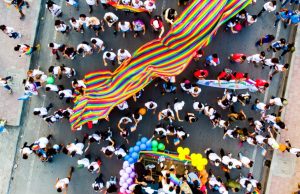 The tallest Mallard Duck ever named "Long Boi" is probably taller than rapper 42 Dugg. A mallard duck is usually only around 20 inches...