Recently, a surveillance video has been released showing rapper Young Thug being handed a Percocet pill while in court for his RICO case. The video, which was filmed in the Fulton County Courthouse, shows Young Thug and his co-defendant, Kahlieff Adams, engaging in what prosecutors claim was a “hand-to-hand” drug deal.

The video, which has sparked outrage and disbelief, shows Young Thug and Adams exchanging what appears to be a pill in a courtroom setting. Prosecutors allege that the pill was a Percocet, an opioid-based drug that is commonly used to treat pain. While it is still not clear who handed the pill to Young Thug, prosecutors are claiming that Adams supplied the drug. The two can be seen shaking hands in the video.

More Details About Percocet Pills and Why They are So Addictive

Percocet is a prescription painkiller that consists of a combination of oxycodone and acetaminophen. Oxycodone is an opioid, a type of narcotic medication that is used to treat moderate to severe pain. Acetaminophen is a non-narcotic pain reliever and fever reducer. By combining the two drugs, Percocet is able to provide powerful pain relief.

Percocet is a controlled substance and can be abused, so it is important to take it only as prescribed and to store it in a secure place. Taking too much Percocet can result in serious side effects, such as drowsiness, confusion, slowed breathing, and even coma. It is also important to avoid alcohol while taking Percocet because the combination can be dangerous.

The incident has raised questions about the security of Fulton County’s courthouse and the safety of the public. It has also raised questions about the legal implications of such an act. Prosecutors have argued that the exchange of drugs in a courtroom setting is a serious offense and could lead to additional charges for both Young Thug and Adams.

The video has also sparked discussion about the use of rap lyrics in criminal cases. The video comes on the heels of a high-profile criminal trial of Young Thug, in which his rap lyrics were used as evidence to support the prosecution’s case. Critics have argued that rap verses are being used out of context and unfairly to criminalize black rappers.

However, conducting a hand-to-hand drug deal in court is definitely going to make things tougher for his legal team. This situation is a bit ironic, because recently rapper Nelly was accused to taking Percocet pills before his performance at Juicy Fest 2023. 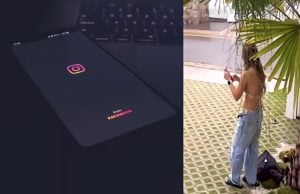 Over the years the world has learned the lengths some IG models will go through to keep... 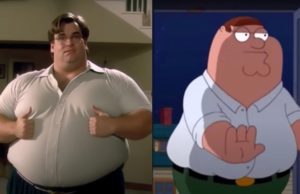 The internet has been abuzz with the recent viral video featuring an AI generated Family Guy intro...

Gay for Pay Rapper Silento Arrested for Shooting and Killing his Own Cousin Frederick...

Nature is amazing, scary, and unpredictable all at the same time. Despite how advanced technology is today there are many things about nature that...