JordanThrilla
Home Hip Hop Camron Neighbor Breaking Into His Apartment In Viral Video Is Scary To...

The feud between Camron and his neighbor is reaching pandemic levels. In the most recent incident Camron released footage of his neighbor trying to break into his apartment. He recorded the whole debacle to add it to the evidence he will potentially use in a court case against the woman.

Cam’ron explained the backstory behind the short video clip saying that the woman try to barge through his front door when he was opening it for a friend coming to visit. Luckily his friend was able to keep the crazy woman from coming inside. He warned his family and friends that if they come to visit make sure no one is lurking in the hallway. This woman truly has him in fear.

This whole situation started when Camron allegedly smashed his neighbor, and her sister. To throw salt on that wound he even took his neighbor’s sister on vacation and possibly got her pregnant. His neighbor previously retaliated by vandalizing his car with sticky notes containing vulgar messages about their romps together. Now she is taking to the next level and outright breaking into his home.

Must Read  Did Memo600 Get Beat Up? Rapper Memo 600 Responds to Video of Him Getting Punched Jumped in Bushes 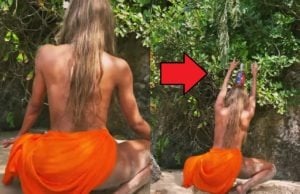 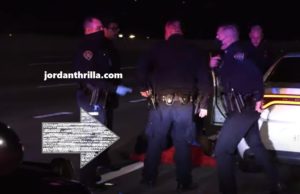 Lonzo Ball is literally luckiest NBA player alive today after the disaster he missed by inches. Joel Embiid is lucky too, because he would...