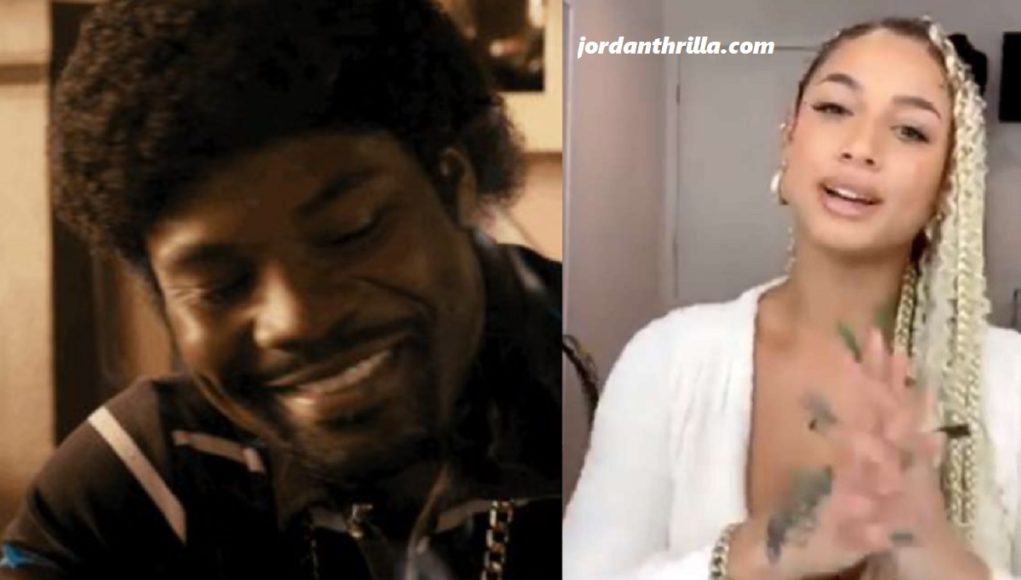 Dani Leigh is back in the news again, and as per usual it has something to do with her “blackness”. As with all the other times DaniLeigh brought this on herself by insinuating Snowfall is overrated. For her comments Snowfall’s Amin Joseph aka Jerome reminded DaniLeigh she isn’t black in a very clever way.

It all started when DaniLeigh said “Am I the only one who can’t get into Snowfall”. In response Jerome told her “It’s a black thing, you wouldn’t understand”. Talk about some pure ether.

DaniLeigh has been under fire for portraying herself as a black woman ever since she released the controversial song “Yellow Bone” with lyrics that seemed to promote colorism. She dug an even deeper hole for herself when she released the apology video above, and used the “I have black friends” line that Racists like to use. Not too long after that DaBaby broke up with her.

This will probably be the last time Dani Leigh criticizes Snowfall on social media.

The term "yes men" is a phrase used to describe people who tell someone only the things...

The streets of Chiraq is a different place where beef between enemies often ends in casualties. It appears sometimes that beef can go so...