Justin Johnson aka Straight Dropp is in a world of trouble after he lost a major lifeline in his ongoing case regarding Young Dolph’s murder. Things were looking up for him when he secured the services of well renowned lawyer Art Horne. However, in life things can change in the blink of an eye.

According to a recent report from Jeremy Pierre of Fox News 13, Straight Dropp’s lawyer Art Horne quit today. While he didn’t state a specific reason he said he would no longer represent anyone associated with the Young Dolph murder case.

Conspiracy theorists believe this happened, because Art Horne was receiving death threats. If that wasn’t the case then what made him have an abrupt change of heart in terms of defending Straight Drop?

Now Straight Drop has two choices if he can’t find a new lawyer. He can defend himself in court as his own lawyer, or he can agree to have a public defender given to him, which are the lawyers appointed by the state for people who can’t afford one. Usually public defenders are the worst or the worst at their jobs since they get no perks from winning a case.

Things are not looking up for Straight Drop, who still adamantly claims he’s innocent. 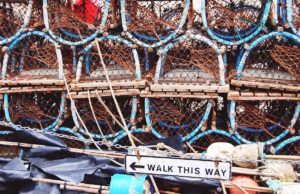 3 Quick Steps to Become a Crab Fisherman in BitLife Life...

Are you looking for a career change in BitLife? Have you ever thought about becoming a crab...

Mandy Rose Reacts to Getting Fired From WWE Over Nude Photo Leaks from Adult...

The apparent beef between Sha'Carri Richardson and Jamaican athletes has become a viral topic after she tweeted a comment saying, "Missing Me Yet" that...