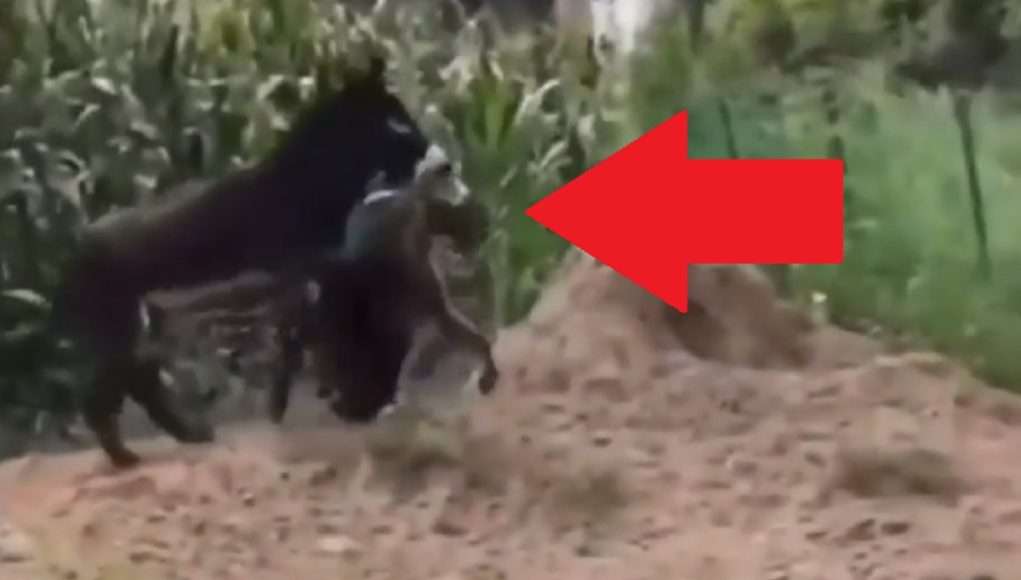 Ever seen a Donkey vs Hyena fight? Video footage of a powerful Donkey beating up a Hyena on a farm is going viral. The Donkey ragdolls the Hyena effortlessly in an incredible show of strength. The Hyena snuck on to the farm trying to steal of livestock.

He didn’t know the farmer had a strong Donkey protecting the farm from the witty Hyena intruders. The Pokémon battle music used in the video may or may not catch you off guard.

While this video may be surprising to most, a lot of farmers have a Donkey on farm acting as a “guard dog”. Donkey’s are known to be very effective at warding off predators such as Hyena to protect livestock. Donkey’s seem to have no fear of getting bitten, which probably scared the Hyena.

As you can see the Donkey literally shook the Hyena like a bully trying to get loose change out his pockets. That’s one farm that hyena will probably never go back to again.

JordanThrilla - October 23, 2020
Does Dwyane Wade have a knee pad implant in his left knee? A new video has surfaced...

JordanThrilla - October 21, 2020
The next Verzuz battle might be with the two Atlanta Legends who ran the 2000's. Young Jeezy...