In the technology sector there is no one that pushes the envelope more than Elon Musk these days. He was once known as the creator of the best electric car ever, but has slowly grown into a technological pioneer in the robotics field with his other co-founded company Neuralink. Their ground breaking Neuralink brain chip implant now has a release date for human use.

When Will Elon Musk’s Neuralink Brain Chip Implants Be Implanted in Human Brains?

Earlier this year you probably saw the video of a Monkey that had a Neuralink implant, which enabled him to play a pong video game with his mind. Now they are ready to test this brain chip on human beings. Elon Musk is hoping his Neuralink brain chips will be implanted in human brains beginning in 2022. However, it is still pending FDA approval.

What Type of Human Brains Will Neuralink Brain Chip Be Implanted in?

According to Elon Musk the Neuralink Brain Chip will first be implanted in brains of humans with serious spinal cord injuries, or neurological disorders. It’s easy to see how this could improve the life of a quadriplegic, because they would be able to control electronic devices with their mind.

That would make things like enjoying video games, using a mobile phone, or simply using a computer a possibility. It could also help people who lost the ability to walk regain full movement since the Neuralink brain chip stimulates brain activity.

Elon Musk cofounded Neuralink in 2016, and since then they have raised $250 Million, which went towards developing their Brain Chip. This whole situation is like Steampunk science fiction coming to real life. The true intertwinement of humans and robotics.

Would you get Elon Musk’s Neuralink brain chip implanted in your brain if it was offered to you? 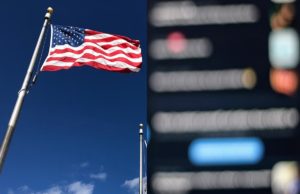 One of the most unlikely people is going viral for a series of pro-vaccine rants. Conspircy Theorists believe it's another strategic racist move aimed...