When you’re out on the water and dangerous situations arise people often find themselves surviving off the strength of pure luck. This is especially true when a person is on a smaller type of boat such as a Kayak, but recently kayakers have had some of the best luck. For example not too long ago some Kayakers got swallowed by a Whale, but survived the ordeal with no injuries. That miraculous trend continued in scary footage that shows the moment a great white shark circles a kayak aggressively.

Fisherman Chronicles is one of the most popular channels on YouTube when it comes to unique adventures and viewpoints that give their fans an in-depth look into what it feels like to be out on the water in various situations. Recently they posted a video showing the POV of a man who was kayaking when a great white shark circled his kayak like he was prey.

In that moment there was really nothing he could do, but remain calm and sit still hoping the shark would lose interest. In footage he couldn’t stop talking about the massive size of the Shark. It made his Kayak look very tiny and flimsy like it would tip over at any second sending him into the water. Just like the kayakers who got swallowed by the Humpback whale and survived, luck was on this man’s side too. The scary incident happened in Northern California.

Why Do Sharks Attack Humans?

Contrary to popular belief Sharks circling their prey before attacking is actually more related to their eyesight, than the actual act itself. Sharks have very bad eyesight, so to compensate when they notice something interesting in the water they usually circle it to get a 360 view, which helps them get a clearer image of their surroundings and the object.

According to NOAA.gov in most cases where a shark circles a human then attacks, the shark was actually “confused or curious”. In addition Sharks are actually very afraid of human beings, which is why Shark attacks are relatively rare. According to Wikipedia a person’s chance of getting attacked by a shark is 1 in 11 million. A person’s chance of losing their life in a shark attack is less 1 in 264 million. 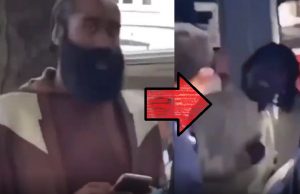