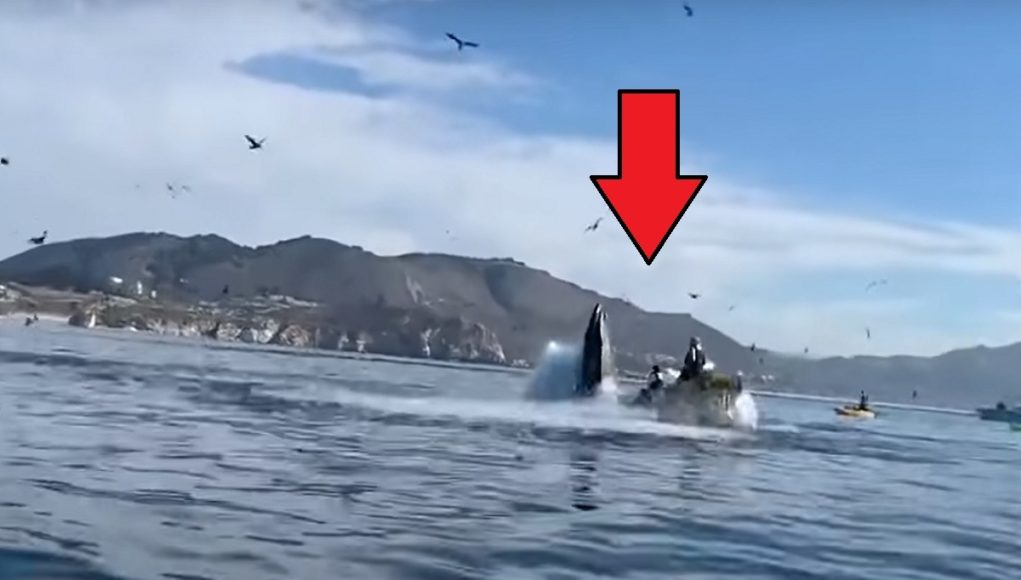 A whale is one of the largest animals that exists on the planet earth. Theoretically they are big enough for a human being to build a house inside of. We have all seen Hollywood movies where someone got eaten by whale, and then went on an adventure inside their body before escaping. However, up until recently no one had seen anything like that happen in real life. There’s a plot twist many people didn’t expect though.

A video is going viral again that shows an incident that occurred in Avila Beach California. This is an area of water where fearless kayakers frolic despite the threat of massive whales swimming in the vicinity. A scary moment shocked onlookers when a whale swallowed took Kayakers, and went back underwater with them in its mouth. For a few moments it looked like they were surely going to die then the a miracle happened, or was it?

On this lucky day the whale spit the two kayakers right back out into the water. It wasn’t the fact that they didn’t get swallowed that made them lucky, it’s the fact they weren’t drowned before it happened. In actuality it’s basically impossible for a humpback whale to swallow a human being. Despite their massive size the throat cavity of a humpback whale is only the size of a human fist. In other words the whale would die trying to swallow a human being, maybe if a whale is suicidal they might try. Usually they only eat small sea animals like fish and squid.

On average an adult male humpback whale can be up to 60 feet long, and over 80,000 pounds. To put that in perspective a school bus weighs around 36,000 pounds when it has every seat full. It’s really amazing that their throats are so small considering their massive size. What’s more amazing is how gracefully they move around water, and the fact that they can’t actually breathe underwater. There was once a time when they lived mostly on land according to science. Imagine would it be like if we had to deal with Whales walking around our neighborhoods. 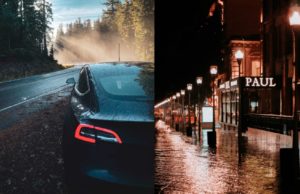 Driving your Tesla through flood water is a risky endeavor, and not something that is advisable by...

Did Bob Odenkirk have a heart attack? According to new details about his collapse Bob Odenkirk had a "heart related" incident before collapsing on...