No matter what career you work in you never expect your day will end with finding the 10 year old girl you heard about on Amber alert when your day started. In one of the most beautifully sad stories ever a garbage pickup man found a kidnapped 10 year old girl and saved her life.

In the footage the shocked sanitation worker found the kidnapped 10 year old girl in the middle of a large field with man who had taken her. He immediately called the police and stayed there with the girl to ensure her safety until law enforcement came. The video starts at the moment police arrived to arrest the kidnapper.

The chances of this happening are probably one in a million. For this sanitation worker it was epitome of being the right place at the right time. That’s why during the footage he kept thanking God, and saying the entire situation was a blessing.

Could you imagine if he had called out of work on this day? Or if he had arrived at the location an hour later? So many things had to happen perfectly for the sanitation worker to find the kidnapped 10 year old girl and save her life. 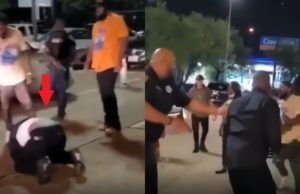 Whenever hip-hop legends get into an altercation it always makes the top of hip hop news headlines.... 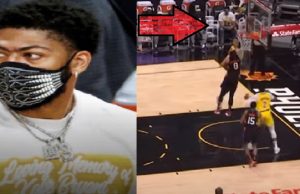