The child support documents show Kevin Samuels monthly gross income was $898, while his wife’s monthly income was $2,448. His wife was bringing in 73.3% of the income every month. It’s easy to figure who was probably paying most of the bills.

Is this another episode of Kevin Samuels not practicing what he preaches? Or is there more to these documents than meets the eye? Take a look.

This is an example of a video where Kevin Samuels talks about men leading relationships with their wallet. Low and behold these leaked court documents show Kevin Samuels’ Ex wife was leading him with her wallet.

In recent weeks more and more information about Kevin Samuels’ past has come to light, which has put into the question the authenticity of his videos. Likewise, the bad press has also made him more popular than ever before. For example a few weeks ago a leaked Kevin Samuels high school yearbook photo showed that he was a cheerleader in high school possibly.

No Kevin Samuels exposure has included legal documents about his past marriage until now. Surely he’ll respond these documents leaking in an upcoming video. 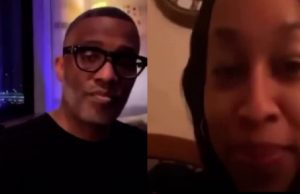 The man synonymous with keeping it real with women is going viral again for being super tough... 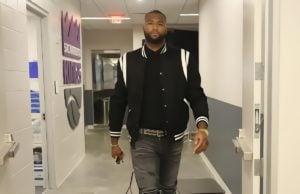 Is DaniLeigh promoting Colorism? Angry people are reacting to singer DaniLeigh's "Yellow Bone" song, which celebrates being a light skinned woman. In DaniLeigh's own...