JordanThrilla
Home News Here is What Led to the Video of Ben Burville a Scuba...

Animals interacting peacefully with humans is one of the most beautiful aspects of nature. The moments where two different species express the same emotions showing a connection of two very different minds. A special moment like that was captured in footage going viral all over the world.

A viral video shows the moment Scuba Diver hugs a wild grey seal underwater. It wasn’t just a normal hug, it was the kind of hug where you hug it out, stop hugging to look at each other, then hug some more.

The Scuba Diver whose name is Ben Burville has been diving in those waters over the past 20 years, which allowed him to cultivate a special relationship with wild grey seals. For most people a dog is considered “man’s best friend”, but for Ben Burville the grey seals are his best friend when it comes to animals.

Seals are known to be exceptionally smart animals that are capable of forming social attachments, so in that sense it’s not surprising they have developed bond with Ben Burville.

Some scientists believe that Grey seals are smarter than dogs, because they excel better at learning new things, and use complex strategies when searching for food. Seals are so smart they developed a way to use their whiskers to detect sound vibrations from fishes that hide under sand. They learned to detect fishes breathing, so they don’t even need to use their eyes to locate their food.

Yes as you can tell Seals are awesome animals. 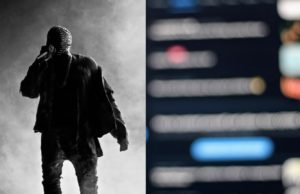 Drunk Black Man Knocks Out White Woman Who Accused Him of Hitting Her Sister...

Chris Paul got in his personal bag when Blake Griffin tried to guard him one on one during Nets vs Suns. Although the game...