A few day ago reports came out that reality tv star Jhonni Blaze had been missing for 4 days. Today Johnni Blaze was found safe after she returned to Instagram Live. In the emotional video Johnni Blaze admitted wanting to commit suicide when she wrote what seemed like a suicide letter on Instagram.

The reason why people were thinking of the possibility Jhonni Blaze was dead, was due to the grim contents of Jhonni Blaze’s final post on Instagram before going missing. In the lengthy message she described not being able to handle emotional pain she’s been suffering from people who ridicule her, and told the world she was “done”. She also added comments telling her enemies they would feel bad when she was dead.

“S*** doesn’t make sense, how much pain I can consume? S*** be on the edge for me, and tonight I’m done y’all won. I won’t leave no memories because y’all didn’t care to leave genuine ones with me. I’m tired see how it’s feels when I’m gone. They laughed at my hurt, my pain, my feelings, and played. People think having mental issues is to be laughed at, and to down you let’s see you laugh when I’m dead.”

Why Did Johnni Blaze Go Missing?

In her new video Johnni Blaze revealed that Instagram post was pertaining to a situation with her mother, along with social media bullying from people who didn’t know about that situation. According to her testimony, Johnni Blaze is being sued by her own mother, because she wants her to tell the world she was not $exually assaulted by her husband. According to her story, Johnni Blaze was raped by her stepfather who was married to her mother. She claims that when she told people what happened her mother sent her away.

What hurts her most about the situation is that she allegedly paid for her mother to get a divorce from the man, and claims to have been sending her money. She was also taking care of her mother when she was diagnosed with cancer. Now that same mother is suing Johnni Blaze, according to story. That’s a tough pill to swallow for anyone in that situation. When you couple this with all the social media bullying, it’s easy to see why she had a mental breakdown.

Rather than committing suicide, Johnni Blaze decided to delete her social media, and go to a hotel to be alone.

Take a listen to Johnni Blaze explaining why she went missing. In the third video below she talks about her mother suing her.

The circumstances around this situation with Jhonni Blaze getting sued by her own mother are just too sad. Most people couldn’t imagine their own parent suing them for anything, yet alone in an attempt to force someone to cover up a $exual assault allegation, as Blaze claims.

Prayers up for Johnni Blaze, she’s a very strong woman for having enough confidence to reveal this information to the world. Hopefully she can find peace within herself now that she got everything off her chest in front of her fans and haters. 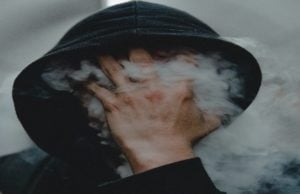 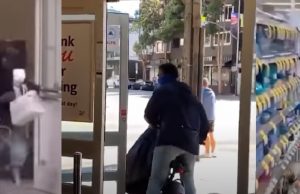