Anyone who frequents a gym knows how chaotic it can be during peak hours. In most cases that happens to be around 5 PM when people are off work, and want to get a workout in before going to relax and recuperate for the next day. Due to the gym being so busy during peak hours sometimes crazy things can happen. A perfect example is a fight video going viral.

As you’ll see in the footage below two men squared up seemingly out of nowhere almost like they were pretending to be boxers. Some of the bystanders initially thought the two were playing around, until that first punch connected. From there all hell broke loose as the two men fought each other all around the gym. They both had each other in headlocks before the fight was broken up. There are no details on what caused them to start brawling. It doesn’t seem like anyone was seriously injured, but they are probably going to feel that in the morning.

Situations like these are why some people hate going to public gyms. You never know what will happen to interrupt your focus when putting in work.

Those two men ruined their workout time to fight for about 1 minute, and will probably now be banned from that gym. Hopefully it was worth it. 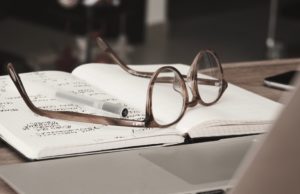 When parents drop their kids off at school they are placing trust in the teachers to provide... 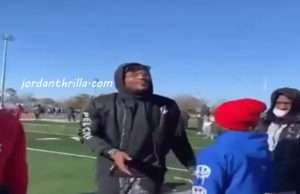 Ever since retiring from the NBA Glen Davis has managed to keep his name in the headlines, usually for the most unexpected reasons. Whether...