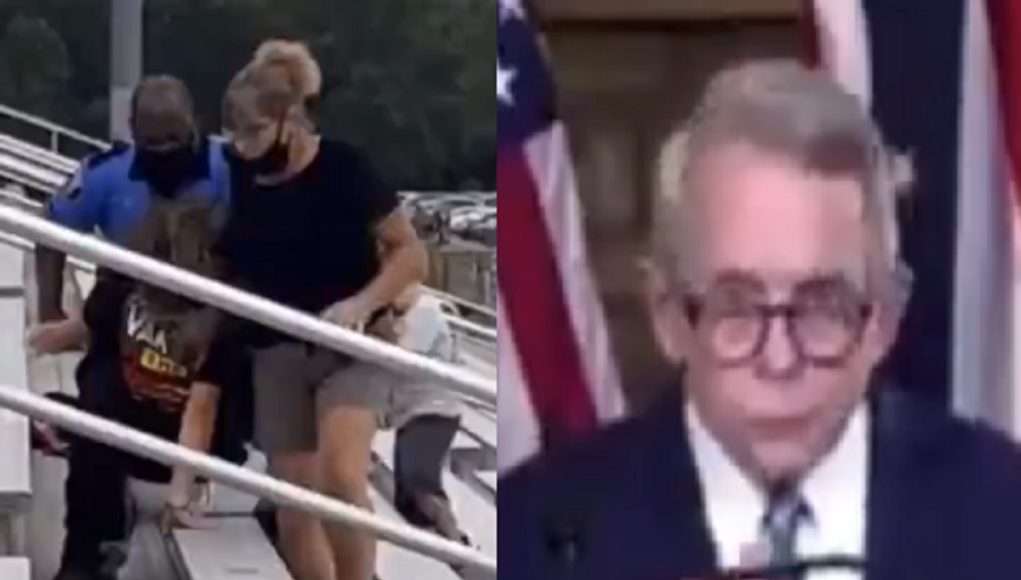 The video has caused controversy, because the mother wasn’t around anyone except her family. Many people think excessive force was used. At the same time Ohio athletics department had strict guidelines in place that stipulated you must wear mask when attending games. Some people started exposing old photos of the cop who tased the Ohio woman not wearing a mask on the job himself.

Take a look at the Ohio woman getting tased at the football game, the Ohio Governor Mike DeWine’s response, and the viral photo of the cop not wearing a face mask.

Here is a different angle of the woman who was tased and arrested in Logan, Ohio for not wearing a mask.

There are many hot button political topics on “both sides” up for debate from this one incident. pic.twitter.com/BnufEvgChw

Ohio Governor Mike DeWine responds to the incident that resulted in a woman being tased and arrested for not wearing a mask at her son’s middle school football game.

Ohio Governor Mike DeWine admitted the tasing video is tough to watch, but also insinuated it was necessary. He pleaded to people to think about what led up to the moment, not what happened during the moment.

In essence he is saying the Ohio woman knew she was breaking the new laws by not wearing a mask, so anything that happened was a consequence of that. He also mentioned it was the first time an Ohio woman was tased for not wearing a facemask.

Things get interesting when you see the photo of the cop who tased the Ohio woman not wearing a facemask himself. Is there a double standard going on?

JordanThrilla - October 22, 2020
In this article Racist 90's animators get exposed for giving every black character the same haircut in...