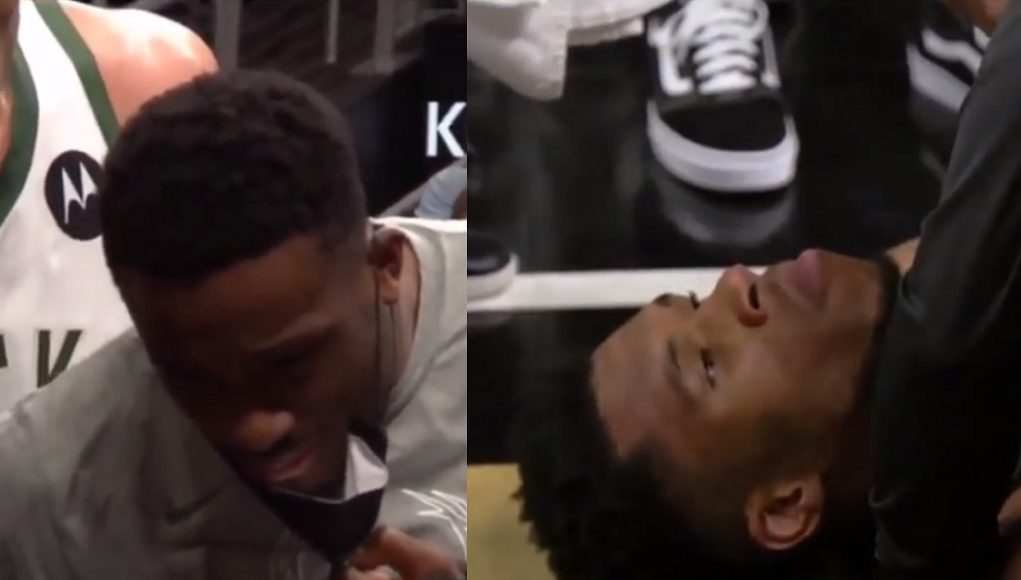 The playoffs just suffered another injury to a major superstar that completely changes the landscape of the playoffs, and possibly his future. Giannis Antetokounmpo’s scary knee injury during Game 4 of Hawks vs Bucks had the basketball world holding their collective breaths.

The scary moment happened when Giannis hyperextended his knee under the weight of Clint Capela dunking on him. He immediately went down in pain, and held his leg. At the one moment the camera showed Giannis’ brother Thanasis crying after the replay showed how far back Giannis’ knee bent.

Clint Capela dunked on Giannis so hard he possibly blew out his knee. Has that ever happened before?

Here is where Thanasis cried about Giannis’ knee injury.

The good news here would be that you can hyperextend your knee, and not actually suffer any torn ligaments or serious damage. This is same type of injury happened to Joel Embiid, and it caused him to miss a few weeks with a deep bone bruise.

The bad news is the possibility that Giannis Antetokounmpo tore his ACL or another ligament in his knee, and the fact that he probably won’t play again in this series unless a miracle happens. This would be the second year in a row where an injury may have cost him a championship. Giannis’ brother crying when it happened made the moment that much more painful to watch.

Giannis’ knee injury comes after Trae Young was ruled out of Game 4 with ankle bone bruise after stepping on a referees foot in Game 3. The series is now tied 2-2. 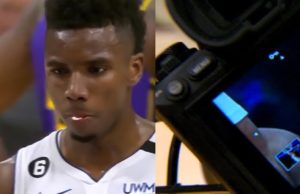 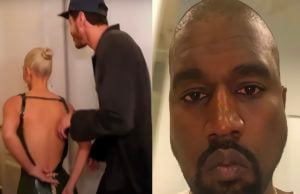 Scary news has hit the Football sports world. According to reports Raiders Wide Receiver Henry Ruggs was in a serious car crash in Las...

Why is Dream Revealing His Face? Details on When Dream’s Face Reveal Date is Happening...