Rapper Sheck Wes has finally made his hoop dreams come true. It’s being reported that Sheck Wes signed a professional basketball contract with a French Basketball team. Sheck Wes will play for Paris Basketball, one of the biggest franchises in that area.

When videos of Sheck Wes hooping at random gyms started popping up on social media, most people thought he was trolling when he said he was trying to make the league. In some videos he even looked subpar. However, over time his skills vastly improved and his basketball background really started to shine through. It was clear Sheck Wes was definitely a true baller, and the proof is in the pudding now.

This is the true definition of never letting anybody shoot down your dreams. If you look through comments of a lot of his hooping videos on social media you can see a lot of people were clowning Sheck Wes for halting his successful rap career to take a more uncertain route of fulfilling his basketball dream. He isn’t the tallest, he isn’t the most athletic, he doesn’t have the best jumpshot, and he isn’t he fastest, but Sheck Wes has heart. 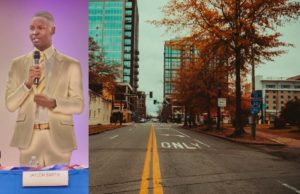 Around the world there are many young people doing amazing things, proving that sometimes age can be...

It's no secret that Fredo Bang has a long standing beef with NBA Youngboy. The two have been going at each other for years...