Lu Dort’s defense on James Harden has been incredible, but that’s more so because James Harden is one of the most overrated offensive players ever. We detailed how fraudulent James Harden’s offensive is in our “Impostor Behind the Beard” article from last year.

After this series maybe people will finally stop calling James Harden the best offensive player ever. He got strapped up by a 21 year old undrafted player named Lu Dort. 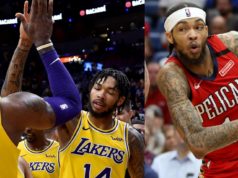