Was Honeycomb Brazy’s house bombing karma Deja vu? The evidence is in an interview from November 2020 where it was revealed that Honeycomb Brazy took credit for killing someone’s grandparents in his city, right after he recovered from a Coma.

In the interview Honeycomb Brazy said he heard someone was pinned as the suspect for shooting and killing a rival’s grandparents. Being a hood Samaritan Honeykomb Brazy posted pictures of himself in the area, so people would blame him for the shooting.

That act of good faith may have been related to Honeycomb Brazy’s house being burned down in a bombing after both his grandparents were shot and killed only 3 months later. The aftermath video of the Honeykomb Brazy’s house burning down shows fire blazing as Firefighters frantically worked to attempt putting it out.

Wouldn’t it be crazy if Karma towards Honeykomb Brazy put his grandparents in danger, only because he wanted to take blame for another person’s grandparents getting shot and killed? Talked about a twisted fate.

Skip to the 4 minute mark of the video below.

While there is no proof to say this is related to Honeycomb Brazy’s house bombing, the moral of this story is don’t get your name involved in things that have nothing to do with you.

Honeykomb Brazy took credit for shooting and killing grandparents, but he should have been aware that could put his own family in danger. Hopefully this wasn’t the motive behind his grandparents being murdered, because he will probably never forgive himself for being the indirect cause of them dying. 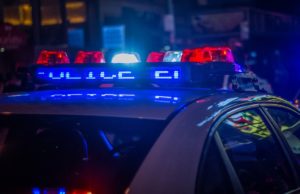 Recently after two years of drama and speculation a jury felt they had enough evidence to find... 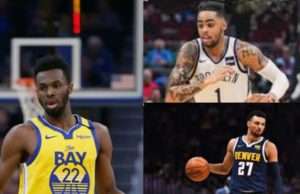 The NBA world is reeling with sadness after the LaMelo Ball news, but one NBA players seems happy about what happened. D'Angelo Russell reacted...