When a star player is in their home arena they are usually supposed to get the presidential treatment. Every staff member who works at the arena is supposed to know the faces of each star player, or any player on the team for that matter. However, in some rare instances star players get treated like a random people by security, and unfortunately that’s what happened to Green Bay Packers star AJ Dillon recently.

Why Did a Cop Shove AJ Dillon at Lambeau Field?

AJ Dillion was recently at Lambeau Field to watch the Manchester City vs. FC Bayer friendly soccer match. As this was going on he was entertaining the crowd on the sideline leading soccer chants with a police officer following him. Some European soccer teams have been playing preseason games in American arenas. As AJ Dillon was preparing to do a famous Lambeau leap, something very peculiar happened.

As you’ll see in the footage below the cop pushed AJ Dillon forcefully. However, he went ahead and the did Lambeau leap anyway as the cop just walked away.

AJ Dillon Reacts to Cop Pushing Him at Lambeau Field

In a viral post on Twitter AJ Dillon explained that he has no ill feelings towards the cop that pushed him, and chalked it up to a misunderstanding. In his statement he said, “Just miscommunication between parties, the Greenbay Police are great people and I’m glad we have them down there for our games to keep us safe. Standing there in the pouring rain with all those people it’s hard to know what’s going on with just one. All good”.

It seems like he’s in good spirits despite the disrespect he received unwarrantedly.

Despite the fact AJ Dillon doesn’t feel any type of way about the situation, there’s no doubt the cop’s aggression was unnecessary. As such Green Bay Police have opened an internal investigation into what really motivated the cop to act in that manner. Green Bay security needs to do better than that, because it looks like the cop had a power trip. 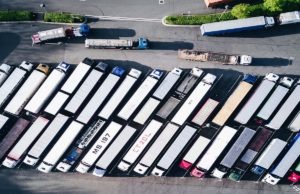 GoFundMe is under major scrutiny after they made a bold move on a massive GoFundMe campaign that... 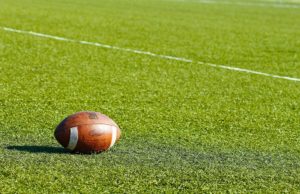 For most 17 year old people, the future is a bit uncertain in terms of what career...

Your baby mama giving birth to a newborn child is usually a time of complete happiness, but for one young man things took a...