Over the past few years there has been no player that gets under Lebron James’ skin more than Jae Crowder when it comes playoffs time. During Suns vs Lakers Game 3 things got very personal between them, which led to Lebron cooking him over and over. The funniest part about the situation was when the camera would catch Andre Drummond mimicking Lebron James’ post up and dribble moves on Jae Crowder, at the same time he was doing them.

This was what happened on the full player from another angle. If you notice LeBron James was laughing at Andre Drummond while cooking Jae Crowder.

Anytime Andre Drummond mimicked Lebron James cooking Jae Crowder it would lead to a spectacular score. It was a sure fire sign Lakers team chemistry was at an all time high at the right time. Andre Drummond had been struggling to fit into Lakers offense, but during this playoffs series vs Suns it seems he has finally found fluidity with the team.

This could be the biggest sign that Drummond really wants to stay in LA long term. He seems like a huge fan of Lebron, just like Anthony Davis. 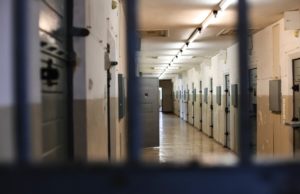 The story of a man who was branded for life as a snitch is being labeled a...

One of the first moves Elon Musk made after buying twitter was introducing a new subscription plan for people who desperately want to keep...