Upon searching the Virginia man they found a loaded gun with around 500 rounds of ammo. One can only imagine what would have taken place had there not been a checkpoint setup in that area. What’s scary about this ordeal is the Intentional Distraction Conspiracy Theory that this armed Virginia man was purposely sent to get caught and throw the US Capitol Police off.

Must Read  Did Savage Garage Randy Commit Suicide? Details about Randy Tillim 911 Call and Cause of Death

Could this be the beginning of a more sinister plot taking place?

If you go to Washington DC right now you will endless checkpoints, roads blocked off, countless US Capitol Police, and helicopters buzzing through the skies. There are even Capitol Police sleeping inside the US Capitol Building to guard it 24/7.

Some people wondered if this was going overboard, but this incident of the Virginia man caught with loaded gun trying to pass through an Inauguration checkpoint is proof of why the abundance of security is needed.

If the intentional distraction Virginia Man conspiracy theory is true, and this armed Virginia man was caught at the Washington DC checkpoint by design, it’s scary to think what the bigger plan may be. Some people believe this was test to see if US Capitol Police are truly being vigilant.

Hopefully Joe Biden’s inauguration goes smoothly, and nothing crazy happens. People need to chill out and stop taking politics so seriously on both ends of the political spectrum. 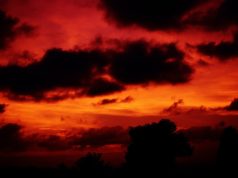 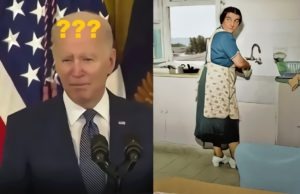 Joe Biden is going viral again for a comment he made during a speech, and as per...

At at time when many underpaid workers are fighting to raise the minimum wage, businesses are finding...

A strange case of victim turned murderer is trending after a wild shootout at a BB&T ATM on SW 137 Avenue in Florida. A...