The last time the NBA saw players tussling in the crowd was during the infamous Malice in the Palace between the Pacers and Pistons. Since then they implemented all types of rules, which has prevented situations like that from happening again. During a highly contested matchup between the Heat and Raptors things took a turn for the worse again as a fight between two players spilled into the crowd causing a brawl.

With Raptors down by 22 points in the third quarter the game was rather uneventful in terms of being close score wise. However, both teams were still playing hard knowing there was a lot of time left on the clock. Things got really heated after Caleb Martin fouled Christian Koloko then stood over him while he was on the ground. When that happens the player on the ground usually takes it as one of the deepest signs of disrespect, so naturally chaos broke loose.

Must Read  Why Did Patrick Beverley Push Chris Paul Almost Breaking His Neck Before Suns Made the Finals in Game 6?

As you’ll see in the viral footage below Caleb Martin tackled Christian Koloko into the the crowd making them both fall through several chairs. Both teams rushed to break them up starting a brawl, which caused what looked similar to a goal line pile up in the NFL. Situations like that are very dangerous, because people can get crushed and break bones. Luckily a lot fans had already left the front row since the game was a blowout. Take a look at how it went down.

There’s no doubt the higher ups in the NBA will review the footage to see if any suspensions will take place. For example there seemed to be several players who may have left the bench area. Plus the fact that the altercation went into the crowd adds to the severity of the situation. 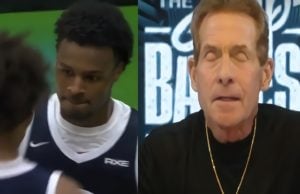 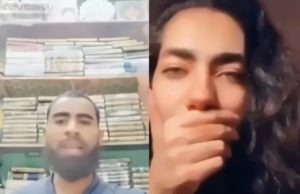 A video dubbed the Dubai catfish is going viral world wide. As you probably know the laws...

2022 hasn't been a great year for the American schooling system. Whether it has been massive fights, shootings, or false alarms, students across the...