Conor McGregor may be on a losing streak in the UFC ring, but outside the ring he’s winning bigly. According to reports Conor McGregor has sold majority stake in Proper No. Twelve Whiskey for $600 Million. A company named Proximo Spirits who previously owned 49% will now be the majority owners.

It’s not clear how much of that $600 Million Conor McGregor will get, because it will reportedly be split between him, his agent, and Paradigm Sports Management. Although the ownership scale has changed McGregor will still be the face of the brand, and he made it clear with a statement saying “Proper Twelve is my baby for life!” posted on his website. This seems similar to how Dana White sold UFC to WME-IMG for $4 Billion, but is still the face of company.

Since Conor McGregor first announced Proper No. Twelve Whiskey back in 2018 he has relentlessly promoted it and made it an official sponsor of some of his fights. Given that he is the biggest star to ever grace the UFC he used that to his advantage to make it quickly become a notable brand in the alcohol industry.

Interestingly enough some people feel that Conor McGregor’s massive and still growing wealth might be the reason his performance inside the UFC ring has dipped. It’s hard to have the same tenacity you had when you were fighting to become a mega millionaire. Now he’s like a rich mogul who is just fighting for fun. 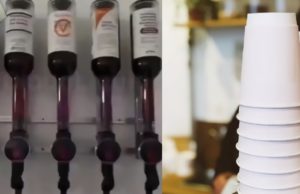 EDP445 deleted all his YouTube Videos amidst pedophile allegations of chatting with a 13 year old girl. It was only a few days ago...

Is Malika Andrews a Feminist? Conspiracy Theory Trends After She Calls Kendrick Perkins ‘Irresponsible’ on...