DaBaby and Dani Leigh’s feud has been well documented on social media over the past few months. Things between the two got particularly heated after she became pregnant with his child. You probably remember a few months ago when DaBaby kicked her out his house after she allegedly brought Plan B into his condo. Now it appears her brother is now physically involved in their beef, and things didn’t end well for him.

A viral video shows a dangerous altercation that went down during an otherwise peaceful Bowling Alley visit. At one point DaBaby fights DaniLeigh’s brother, and his crew used one of the dirtiest moves you can do during a fight. As you will see in the videos below the crew of DaBaby was pulling DaniLeigh’s brother by his hair, so he wasn’t able to properly defend himself while getting jumped. On top of that they were dangerously swinging him by his hair, which could have broken his neck.

Why Did DaBaby Fight DaniLeigh’s Brother?

The fight started when DaBaby punched DaniLeigh’s brother in the face sending him to the ground. After that the brawl spilled into the bowling alley lanes as people watched him get jumped. It’s not clear what led to the altercation, but it’s probably safe to say Dani Leigh’s brother said something disrespectful in response to how DaBaby is treating his sister and baby mama.

Although DaBaby’s crews jumped DaniLeigh’s brother, some people believe he still is the real G in this situation simply because he defended his sisters honor while clearly being outnumbered.

Many people feel DaBaby still takes the L, because he wasn’t man enough to do a fair fade, and instead got help from his crew. Also pulling someone by their hair during a fight is not a boss move. 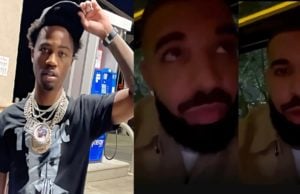 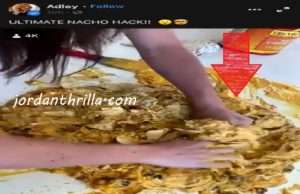