Did Cam Coldheart commit suicide? Reports are coming in that Cam Coldheart is dead at 31 years old. Preliminary reports say Cam Coldheart died from a drug overdose. Now people are pondering what might have led to him overdosing, since there is no confirmation it was accidental.

The comments from the YouTube video above, say it all. Just take a look at some below.

Could that type of ridicule have led to Cam Coldheart’s death indirectly?

What Caused Cam Coldheart to Overdose?

There is a very big chance that Cam Coldhearts overdose was accidental. However, what if it was intentional, and he gave up on fighting inner demons from the backlash of the Gucci store video. With the kind of public ridicule he experienced it’s easy to see how that could negatively affect someone’s mental state over a long period of time.

More than likely it was an accidental overdose, but it would be super sad if he was depressed from that DaBaby situation and it led to Cam Coldheart’s dead.

Prayers up for Cam Coldheart’s family and friends. 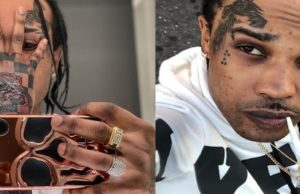