Vado and Dave East released a Lemon Pepper Freestyle tribute for Shooter, but it’s now making headlines for all the wrong reasons. In the Lemon Pepper freestyle lyrics Vado’s homophobic comment is fueling controversy. It seems the context of what he was saying might have people misconstruing things.

In the lyrics in question Vado said, “I got a gay driver, I tell him to go straight”. On the surface it sounds like Vado could be subliminally saying he has something against gay people, but the subject matter of his verse paints a possible different story.

Skip to the 53 second mark of the video below.

Are those Vado Lemon Pepper lyrics homophobic, or just a clever punchline with no hidden meaning? If you believe the later theory it makes sense, because he was talking about being driven towards his goal, and not letting anything stop him. He conveyed that he was on a continuous path marching forward by saying he would even tell a gay driver to go straight.

The issue with that is the fact that often times punchlines are extension of how the punch line deliverer feels. Also people often times look at what a punchline is literally saying on the surface, even when they know it means something else.

In essence the backlash is making it clear that was a line that Vado probably should have left out his Lemon Pepper verse, but maybe he knew it would bring the song extra attention. Sometimes bad press is just as effective as good press. 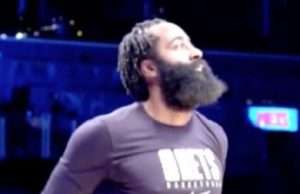 Details on Why You Should Attend the Kanye West x Future...

It's the last day of year, which also means most people are about to party like they...

Are FBI FEDS trying end J Prince's career and take his freedom away? Recently J Prince exposed FEDS trying to conspire against him that...

Sha’Carri Richardson Curses Out Passenger on American Airlines Flight Before Being Kicked Off Plane in...