JordanThrilla
Home Urban News Father Gets Disowned by His Own Family After Shaving His Beard and...

After the Father shaved his beard his daughter looked at him speechless and disgusted. Then he showed his wife who almost started crying saying “Why would you do this”. It got even worse when his son refused to look at him without his beard.

For most men a beard is one of the things you cherish most. Your beard stays with you for life, and doesn’t thin out like hair on your head. In some cases your beard can make or break you. James Harden is perfect example of someone who can never shave their beard again.

When the man got disowned by his family for shaving his beard, he learned that hard way that he’s in the same situation as James Harden. 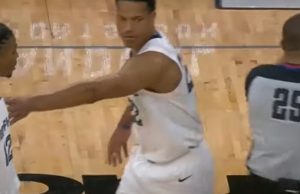 May 4, 2021
Knicks impressive string of basketball continued when the faced off against a surging Grizzlies team. The matchup that stole the show Derrick Rose vs...