When Kyrie Irving posted a wordless tweet that contained a link to a documentary on Amazon called “Hebrews to Negroes: Wake up Black America”, the media acted like it was the end of the world, and went on a crusade to smear his name. Every day the media would post stories or ask questions meant to promote their narrative that Kyrie is anti-Semitic, which he immediately denied being in a tweet that explained he meant not harm, and respects all religions.

Fast forward to even more recently, and Jerry Jones was exposed to be one of the bullies trying to stop his black classmates from desegregating Central High in Little Rock in 1957. For some reason the media has been very quiet about this in comparison to the Kyrie Irving situation. The same media outlets that quickly labeled Kyrie “anti-Semitic”, seem reluctant to label Jerry Jones a racist. Lebron is the kind of person that pays attention to subliminal details, and he had a lot to say about the media’s actions or lack thereof, which also made people remember the racist things Joe Biden said in the past as well.

After Lakers strong win against the Blazers, Lebron grilled the media about their reaction to the Jerry Jones situation. He asked an rhetorical question wondering why the media hasn’t asked him about Jerry Jones racist past, but was so quick to ask him about Kyrie Irving. He claims this is proof that the media treats black athletes differently than their white counterparts. Essentially it seems Lebron insinuated that the media is racist to a degree. Lebron James referenced how Kyrie Irving implored the media to keep the same negative energy they had towards his tweet, when something happened to the black community. Lebron noticed the media isn’t keeping that same energy with Jerry Jones. Take a listen.

This was press conference where Kyrie told the media to keep that same energy towards racial issues impacting the black community. He was suspended for 8 games after this press conference, and also lost his lucrative Nike deal.

As the topic of white celebrities getting a pass for racism continues, people on social media remembered once again that Joe Biden said some controversial things, and supported policies in the past that could be considering racist. During the 60s and 70s, Joe Biden seemed to be against some aspects of desegregation. Then came his infamous racist comment where he boldly said, “I don’t want my kinds to grow up in a racial jungle”.

Add that to his friendship with a former KKK member Robert Byrd, and his role in the 90s crime bill that disproportionately impacted minorities, and to many people it’s still a bit strange that he allegedly got the most black votes in US history. This is why some black activists thought the election was rigged similar to Donald Trump, and have donned Biden with nickname “Jim Crow Biden”.

During the Democratic debates Kamala Harris even talked about how Joe Biden made her childhood as a black person miserable with his ideologies.

Lebron James pointed out something that many people noticed while seeing the Kyrie Irving situation unfold. The media seems to take a special liking to any opportunity in which they can gang up and tear down a black man in front the world. However, when the roles are reversed, and it’s a white person in many cases the media coverage is never as robust or the general attitudes change.

Kudos to Lebron for not being afraid to call out the media knowing how shady they can be. 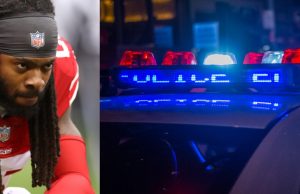