JordanThrilla
Home News Here is Why Google Doodle Turkana Human Celebration Is Trending and Why...

Google Doodle Turkana Human celebration is trending worldwide, which might be confusing a lot of people who aren’t aware of the origins of this topic. In this article we will talk about who the Turkana Human is, and why he is an important part of history.

Who is Turkana Human?

Turkana Boy was a name given to a human skeleton of kid who is believed to have lived about 1.6 million years ago. The Turkana Human also known as the Nariokotome Boy was the first complete skeleton of a African Homo erectus or Homo Ergaster ever found. That was a monumental moment for science.

Where was the Turkana Human Discovered?

The Turkana Human was discovered near the Nariokotome River, which is in the area of Lake Turkana in Kenya. That’s also where the nicknames Nariokotome Boy and Turkana Boy originate from.

Who Discovered the Turkana Human?

The Turkana Boy was discovered by a man named Kamoya Kimeu.

The Turkana Human skeleton was found on August 1, 1984. That makes today the 37th anniversary of the Turkana Boy. That’s definitely a call for celebration.

Here is a photo of the Turkana Human’s skeleton in all it’s glory.

How Old Was the Turkana Human When He Died?

There is debate among scholars as to when the Turkana Boy died, but the range of ages is between 8 and 11 years old. In the 90s Alan Walker and Richard Leakey claimed he may have died around 11 years old based on bone maturity studies. However, University College London’s Christopher Dean believes he died at 8 years old.

What was the Turkana Human’s Cause of Death?

As of the today what caused the Turkana Human to die at such an early age is still unknown. However, considering how intact his skeleton is, there’s a high chance it was due to natural causes such as a disease.

Now you have a better understanding of why Google Doodle’s Turkana Human celebration is trending. 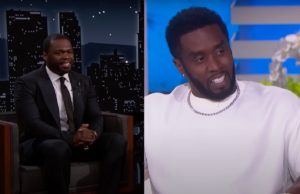 Stefon Diggs is going viral after his hilarious choice of dance moves on primetime. During Bills vs Titans Stefon Diggs did the Omarion Challenge...