Ants may be small, but the feats they pull off at their size make them one of the most intriguing insects. They are extremely strong being able to carry objects that weigh much more than their body, they bury their dead in graveyards within the their nests, have a seemingly sophisticated social structure, and use intelligent strategies to bring large pieces of food back to their nests among other things. Most people aren’t scared of these amazing critters, but a recent photo may change how you feel about ants forever.

Recently the 2022 Nikon Small World Photomicrography competition pit together contestants who could only use microscopic photography to win. Eugenijus Kavaliauskas a photographer from Lithuania entered the contest knowing that he could use factors of the environment around his home to capture a one of a kind photo. According to a report from Insider, he lived near a forest, which he knew gave him an easy advantage for capturing microscopic images of bugs. He probably never expected how viral is prize winning photo would get.

Kavaliauskas managed to capture an up close photo of an Ant’s face magnified 5 times by a powerful microscope. The end result was an astonishing image that looks nothing like what most people expect an ant to look like. As you’ll see below apparently Ants have red fangs that protrude randomly from their mouth area. It may sound crazy, but based on the photo it also appears some ant’s have beards too, or at least stubble that is also a reddish color. In addition they have red eyes situated at the end of their antennas. If you look closely you can even see what appears to be a the iris of their eye. The species of ant taken in the photo was not stated.

Considering how amazing his photo is you would probably expect that he got some amazing reward for his photographic achievement. After all, he beat around 1,300 other people who entered the same competition. Strangely the reward he got was rather modest.

According to reports Eugenijus Kavaliauskas won a $35 Nikon item for winning the 2022 Nikon Small World Photomicrography Competition. Hopefully he makes more money off the attention his amazing picture is getting.

That photo changes the scope of what it means to get bitten by ants. Thank goodness nature made ant’s so small. 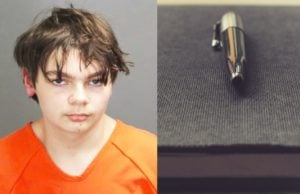 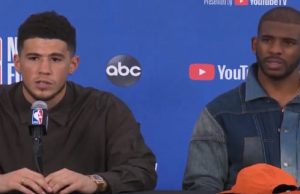 Klay Thompson not being able to play basketball is really starting to affect his mental. During their blowout loss to Nets, the camera caught...