Drake is one of the most liked artists in the world, and one of the reasons is that he stays out of trouble. He’s similar to Lebron James in that you rarely ever hear about him in a negative light in terms of his personal life. However, recently there have been rumors of major issue that Drake has when it comes to gambling, and those rumors were fueled even more after a recent livestream.

Recently Drake was on a Livestream called ‘Stake Drake’ gambling live for people all around the world to see. Before this stream there was a rumor floating around involving a Drake gambling addiction conspiracy theory. No one had ever seen concrete evidence to support this theory until tuning into the ‘Stake Drake’ gambling stream. What happened over the course of 90 minutes left people stunned.

Gambling is always risky, because of the uncertainty involved in it. One minute it can look like you are about win big, then a few seconds later you can lose it all. It seems that’s what happened rather quickly during Drake’s gambling stream. As you’ll see in the footage below Drake lost $30 Million in only 90 minutes during the stream. Naturally people believe this may be the concrete proof that rumors about Drake’s gambling addiction could be true.

According to behaviorialhealthnews.org there are around 2 million people in the United States with a gambling disorder, and another 6 million battling ‘problem gambling’, meaning they are on the verge of addiction. In total that’s around 8 million adults, which is 2.5% of the US population. However, some experts believe that gambling issues are under documented, so that number could be even higher.

Drake’s net worth is allegedly $250 Million, so even to someone as rich as him losing $30 Million is a significant amount. 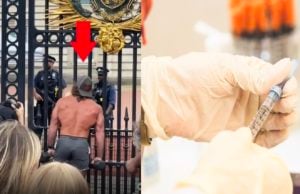 Brian Johnson aka Liver King is one of the most famous fitness personalities in the world. He...

Did iShowSpeed Get a Chance to Smash Ice Spice for His Birthday After Shooting... 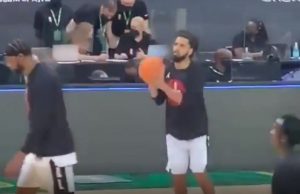 YFN Lucci was indicted on RICO charges in a sting that led to 11 others getting charged as well. They are all alleged to...