Biden said, “By the way, he’s running out of fingers. Y’all see the size of the rings? He has to walk around like this…” while holding up his arm to demonstrate what Kerr would look like if he had too many rings on one hand. Biden was clearly joking that Kerr has so many championship rings that they are getting too heavy for him to hold his hand up. The joke was met with laughter from the crowd. Kerr himself seemed to be amused by the comment, smiling and laughing along with everyone else.

The comment was a lighthearted moment in an otherwise serious ceremony. Biden had opened his remarks by reflecting on the Warriors’ success and their ability to work together, before taking a subtle jab at his predecessor Donald Trump for not inviting the Warriors to the White House after their 2017 NBA championship.

The joke about Kerr’s championship rings was a reminder that the Warriors had achieved something remarkable, and that they should be celebrated for their accomplishments. It was also a reminder that Biden is a leader who respects athletes, and recognizes their achievements. 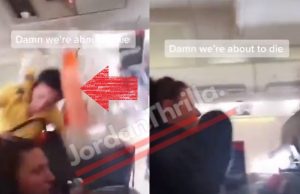 Turbulence on flights is a common occurrence that usually it involves a few seconds of slight vibration.... 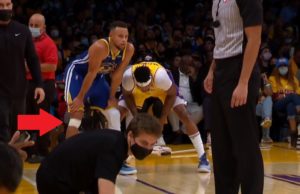 In the first game of the 2021-22 NBA season, Stephen Curry had an injury scare similar to...

The search for a mssing Buffalo State University student 19-year-old Saniyya Dennis is still underway, and her father still has hope that she may...