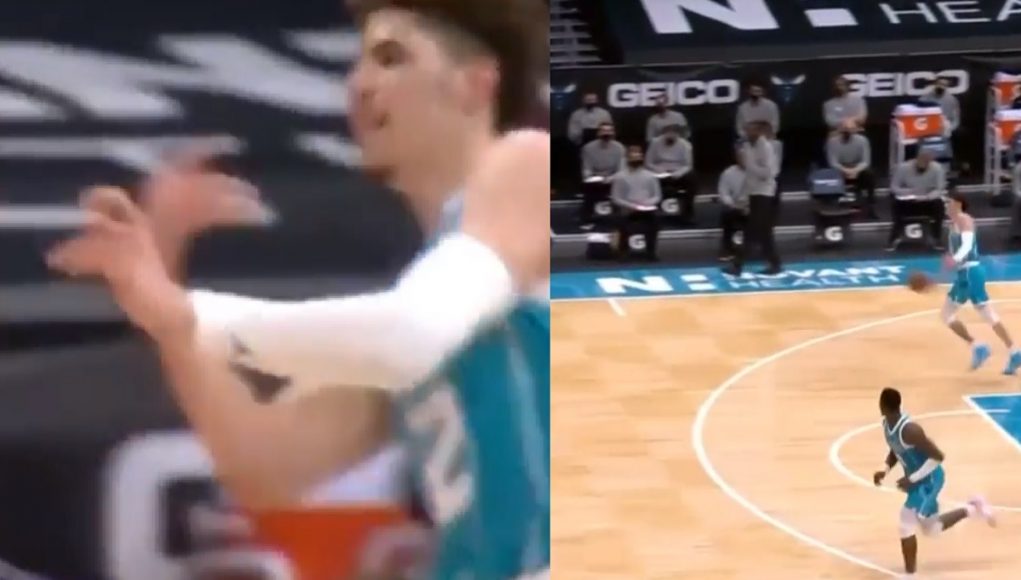 LaMelo Ball is back in Hornets lineup, and he’s already back to his incredible passing antics . This time LaMelo Ball’s under hand full court pass to Miles Bridges during Hornets vs Pistons is going viral. On a pass that looked both impossible and effortless, somehow he got it perfectly where it needed to land for an easy basket.

Some people are hailing that LaMelo did the greatest underhand pass ever. In fact it’s tough to think of another time any NBA player did a full court under hand pass. Maybe Lebron James, Rajon Rondo, or Magic Johnson has rare highlight somewhere doing the same, but definitely not as rookies.

This guy is truly special, and the greatest BBB academy basketball product.

Here is an even closer look at LaMelo Ball’s full court underhand pass.

LaMelo Ball was supposed to miss the rest of season, which would have effectively taken him out the running for rookie of the year to some people. However, with his early return he is already making his case even stronger for the award.

All those years of Michael Jordan making terrible draft picks was just the painful preparation for him to finally make a good draft pick this year. There probably isn’t player on the court happier about LaMelo Ball being back in the lineup than Miles Bridges. 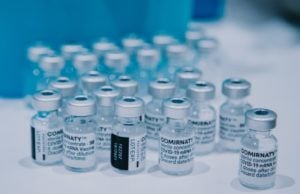 With Marijuana on the brink of being legalized nationwide, horror stories about people who try getting it illegally sometimes rock social media emotionally. The...