It appears Tory Lanez did what Will Smith wouldn’t, and put the hands on August Alsina. Details about the fight between them entail that it was based on long lasting ill feelings August had towards Tory that he couldn’t get over. When they crossed paths chaos ensued according to viral rumors.

Details on Why Tory Lanez Allegedly Knocked Out August Alsina

According to viral rumors Tory Lanez knocked out August Alsina after things got heated when he tried to show him some love. August Alsina was allegedly unhappy that Tory Lanez called him a snitch some months ago for exposing that Jada Pinkett was sleeping with him while still being married to Will Smith. When they met up in person Tory wasn’t even thinking about the comment, but it was apparently still on August Alsina’s mind. One thing led to another and the two got into a fight, and Alsina got the worst end of the deal despite being much taller than Tory Lanez based on the viral allegations.

Although there is currently no video of Tory Lanez fighting August Alsina, picture proof of the alleged incident has surfaced. A viral photo shows August Alsina bloody and disoriented in an elevator allegedly right after the knockout punch. Based on the photo it seems Tory got him clean on the left side of his jaw, and busted his lip open. August Alsina’s eyes aren’t even open in the picture. He probably is suffering from concussion symptoms. Take a look.

On social media many people are clowning Will Smith, because it’s ironic that Tory Lanez allegedly knocked out August Alsina in a fight related to Jada Pinkett. Will Smith showed more aggression towards Chris Rock than the man that stole his wife away from him for some years.

People are also clowning August Alsina for allegedly getting knocked out by a guy that’s around 5’3″ tall. It seems like Jada Pinkett always has men fighting over her in some way these days. 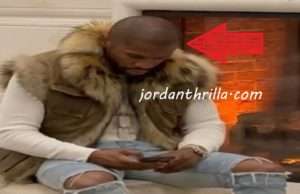 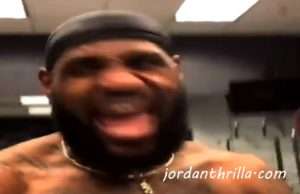 Houston Rockets trip to Miami to play the Heat turned very dangerous. According to reports Rockets star Sterling Brown was assaulted by goons in...