New Orleans Pelicans savior has arrived. According to Shams Charania Pelicans have signed veteran Isaiah Thomas to a 10 day contract.

Last season for the Wizards he averaged 12 points per game and shot 39% from three while only playing 23 minutes per game. He is expected to bring much needed shooting, playmaking, and scoring to the inconsistent Pelicans.

Before his hip injury Isaiah Thomas was making around 28 million a year. His fall from grace was similar to Demarcus Cousins, but in his case it was that infamous hip bone injury. Ironically they were both once the core of the Kings. He sacrificed his health to have one of the greatest individual seasons in Celtics point guard history.

Isiah Thomas is eligible to make his debut on Sunday when Wizards face Rockets. Pelicans are now a contender. 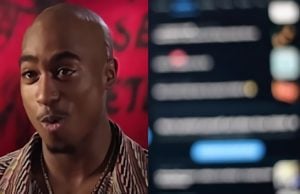 Alleged 2020 Picture of an Old Tupac with Long Hair and...

It seems like every few months a new alleged picture of Tupac surfaces, which gives more fuel...

Is Tyler Herro the worst boxer ever? Fans are going in on Tyler Herro's boxing skills after a video went viral of him training...