With the game on the line Giannis Antetokounmpo’s bad habit of taking too long at the free throw line allowed Jimmy Butler to send the game into overtime. On the sideline you could see Caron Butler begging the referee to keep count as Giannis concentrated on the rim. Before he could get the shot up the ref blew the whistle.

Giannis knew he was guilty of the matter, because he didn’t complain after. Jimmy Butler got fouled on the subsequent play, beginning a series of events that would make the game go into overtime as Giannis missed more free throws down the stretch.

In the video below watch closely at the referees hand counting down to the Giannis 10 second free throw violation.

If not for that Giannis 10 second violation this shot by Jimmy Butler wouldn’t have tied the game here.

At the close of the 4th quarter Giannis Antetokounmpo was 6-13 from the free throw missing half of his clutch free throws down the stretch. Regardless of the outcome of this game, going forward it’s going to be tough for the Bucks to close out games if their Superstar player can’t consistently make his free throw shots.

There was no boxing events today, but basketball fans still got to see a heavyweight bout. During...
- Advertisement - 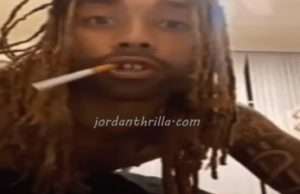 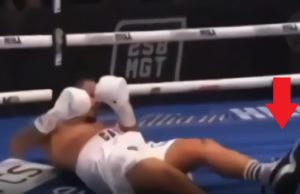