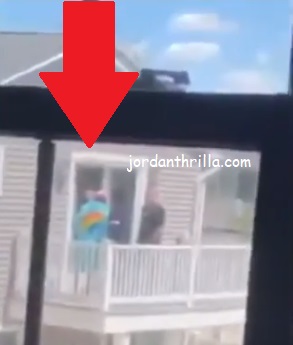 Tekashi 6IX9INE secret location in the Long Island Hamptons has been exposed, and now people are fearing for his safety. Up until today, no one knew where exactly Tekashi69 was living during his House Arrest.

However, his next door neighbor in the Hamptons was able to capture Tekashi on video taking pictures on the balcony of his house.

His location in the Hamptons was confirmed when Tekashi 6IX9INE posted the photo that matched the house seen in the viral video.

Now that the world knows Tekashi69’s secret location in Long Island, people are wondering what will happen next.

JordanThrilla - September 20, 2020
When Colby Covington beat Tyron Woodley easily at UFC Vegas 11 you knew he would get disrespectful...

People Blame Cardi B for Divorce after Video of Offset Being...