It’s been months since Anthony Davis was last seen in a Lakers jersey. He went down with a scary Achilles injury that needed lengthy healing time for precautionary reasons. In that time Lakers struggled mightily, and also lost Lebron James amidst the chaos. However, the storm is now settling and the calm is on the horizon.

New reports state that Anthony Davis has been cleared for full on the court activity. As assurance, a video of Anthony Davis shooting around before Lakers vs Boston was released to the delight of devoted Lakers fans.

Trending Now  Anthony Davis Gets Roasted After Video of Lebron, Bryce, and Bronny at Lakers Facility Practicing with Phil Handy

Anthony Davis, who is nearing a return, is getting shots up pregame vs. Boston pic.twitter.com/6NLfOIDSMQ

With Anthony Davis back in the mix Lakers would have one of the most formidable rebounding front courts ever with Andre Drummond on the roster. AD, Drummond, and Lebron James gang rebounding is scary thought for any NBA team, especially teams like Nets who have no interior presence.

Slowly but surely the champs are rounding into form for another spectacular playoffs run. 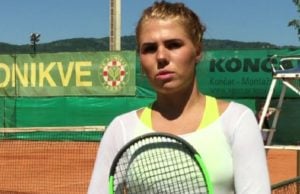 Vladimir Putin's supervillain house in Sochi, Russia is going viral for it's very unique design. The house was allegedly designed by Roman Vlasov. Based...