Meek Mill’s ‘Expensive Pain’ album cover is drawing controversy for being on what some people feel is most inappropriate place imaginable. As you may or may not know Meek Mill’s album cover shows bare women showing private body parts that are usually hidden in public. Someone decided to put those images on public transportation, and it causes chaos.

Imagine if you lived in a neighborhood with a lot kids around, and you saw a bus with drawings of women wearing no clothes just driving through. As a parent living in that neighborhood you would probably be a bit agitated at the prospect of your kids possibly seeing those adult images.

Why is Meek Mill’s Expensive Pain Cover on a Bus used for Public Transportation?

The scenario described above is the gist of what happened in a video where an angry white father reacts to Meek Mill’s ‘Expensive Pain’ album cover being on bus in his neighborhood. He ranted about how little kids would see the adult images, while pointing an the private body parts that are illustrated on album cover.

Firstly, take a look at Meek Mill’s Expensive Pain album cover. It definitely pushes the enveloped between art and inappropriate depending on who you ask.

Here is the angry father ranting about Meek Mill’s album cover being on a bus in his neighborhood.

Meek Mill’s ‘Expensive Pain’ album cover looks similar to the cover of Kanye West’s MBDTF album, which featured a man and woman making love with no clothes on. Whenever that album cover was posted on media platforms it was often blurred out to make it ‘safe for work’. It’s interesting that Meek Mill’s album seems to be considered safe work, which could be due to the artistic aspect of it, or because its 2021.

That father’s anger at seeing Meek Mill’s Expensive Pain album cover on a neighborhood bus is understandable in this case. Most parents from any background wouldn’t be too happy about that. 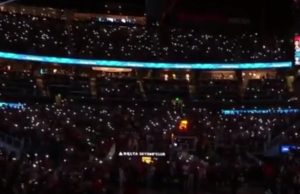 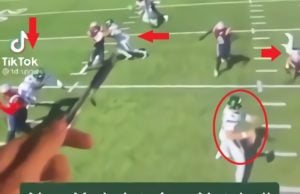 By now most people know TikTok gives birth to some of the corniest trends ever known to man. One recent trend has angered the...