JordanThrilla
Home Conspiracy Theories Did Conor McGregor Break His Ankle and Leg Checking a Kick From...

At the end of the fight Dustin Poirier said he believed Conor McGregor broke his leg checking a kick earlier in the fight. He also pointed out the fact McGregor’s kicks were making contact with his knee area, which meant bone to bone hits. The Ankle bone is much easier to break than the thicker knee joint area.

Also if you look closely you can see the exact area where his ankle broke was already discolored before it happened, which may indicate it was a big fracture just waiting to completely snap.

How ironic that would be, because Conor McGregor put an emphasis on training to check the kick to win the fight, but in the end it may have lost him the fight.

You can make a full recovery from a broken ankle, but sometimes you can’t recover from an ego broken this badly. Dustin Poirier was winning the fight even before that freak injury happened.

It was really sad to see Conor McGregor go out like that, but it may be over for him. Prayers up for his health and career. 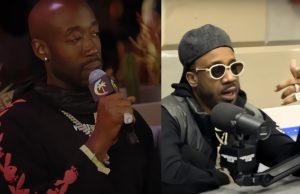 Freddie Gibbs Claims Benny the Butcher is Snitching After Benny the...

Back in May a video leaked showing that Freddie Gibbs got beat up in Buffalo New York.... 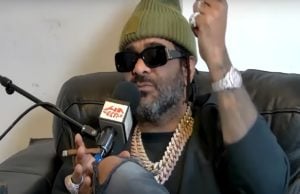 Is Drake smashing Amari Bailey's mom Johanna Leia, or is he working on it? Drake has been regular at Bronny James' games this season, but...