JordanThrilla
Home Conspiracy Theories Did Michelle Obama Tell Zaya Wade To Slow Down on Becoming a...

Michelle Obama’s discussion with Zaya Wade is going viral, but not for the reason most would expect. The interesting heart to heart discussion took an unexpected turn when it appeared Michelle Obama told Zaya Wade to slow down on becoming a Transgender woman at a young age.

The gist of the conversation seemed to be Michelle Obama’s way of saying there’s no turning back once you go too far, and you don’t want to get older and feel you made a mistake when you were too young to understand how you really felt about yourself. It seems clear she doesn’t completely agree with the drastic change Zaire Wade made by turning into Zaya Wade so quickly.

Hopefully Michelle Obama doesn’t receive backlash for this, because she was speaking from the heart and being 100% honest in a very nice way.

Casino Refused to Pay a Black Woman Her $43 Million Slot...

Recently, a woman hit the jackpot for a massive $43 million at a slot machine at the... 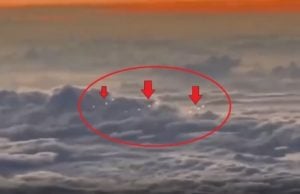