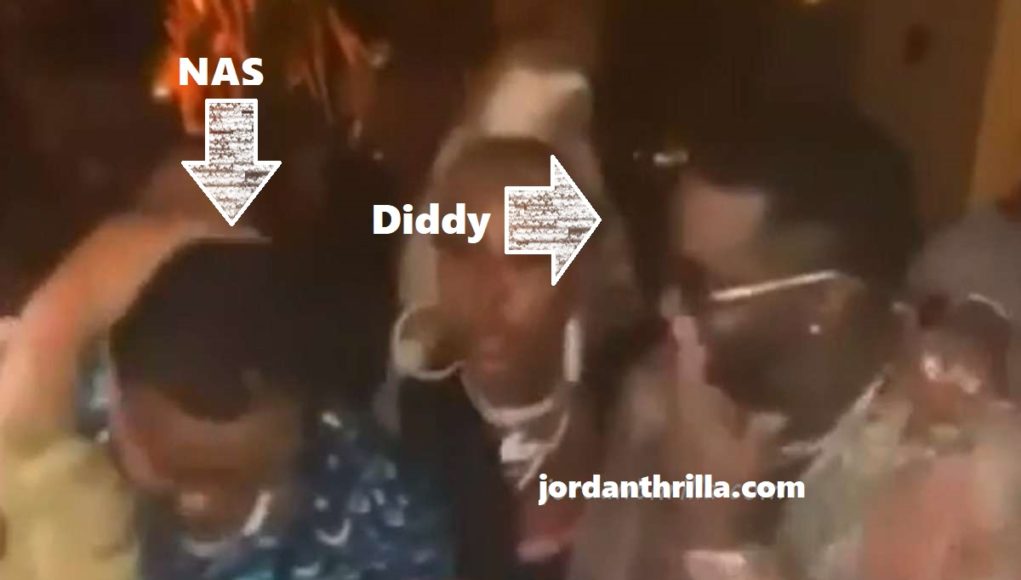 Rumors of P Diddy being gay have been floating around Hip-Hip since the beginning of time it seems. Now it has given birth to a “Surviving Diddy” documentary. Is there any truth to it though?

What is in the “Surviving Diddy: The Gayest Rapper Ever” Documentary?

The “Surviving Diddy” documentary was created by a gay man attempting to confirm that P Diddy is gay. In the video he details many incidents such as P Diddy trying to take 50 Cent shopping, as proof behind the allegations of orientation when it comes to men.

The crazy thing is there is more proof of P Diddy being gay that wasn’t even mentioned in this video, that we included in this article, but first take a look at the “Surviving Diddy: The Gayest Rapper Ever” doc.

50 Cent complaining about P Diddy offering to take him shopping is one of the things that stood out most to us about this “Surviving Diddy” footage. The reason being is because we wrote a detailed article about a conspiracy theory that P Diddy and Nas are gay. Of the many incidents we detailed in the article, one of them was the video below of P Diddy taking Nas shopping at a Gucci store. There was also an incident where P Diddy grabbed Nas’ butt.

The “Surviving Diddy” video documentary also made us think about an article we wrote in early 2020 about the song “Hope” by Blood Orange. On this song P Diddy has a verse where he appears to profess his love for men, but also possibly revealed he is afraid of what the world might think if he came out as gay. We broke down his lyrics and imagery in the video as to why it seems he came out closet. You can read all about it here.

Karrine Steffans aka Supehead tried to exposed P Diddy as gay awhile back, but her claims were never taken seriously. It’s likely that people will brush off this “Surviving Diddy: The Gayest Rapper Ever” documentary as well since it wasn’t made by a professional source.

However, the writing on the wall seems to point to P Diddy being Gay.

The inevitability has finally come to fruition. ESPN fired Paul Pierce after the IG live video that leaked by his own doing. In the...