Logan Paul is epitome of the phrase ‘a man of many hats’. His career started as a YouTuber, then he started a podcast, then he became a boxer, and now he’s an official WWE superstar. In a viral post on Twitter it was revealed the Logan Paul signed a contract with the WWE. The terms and conditions of the legendary deal have not been disclosed, but it’s safe to say he’s getting paid a lot.

As you probably know Logan Paul has some experience in the WWE ring. He was part of WrestleMania 38, and had the legendary moment where he brutally attacked Rey Mysterio in the ring back in March.

With his star power and physique it was inevitable that he would one day grace the ring as an official wrestler, and now his dream has come true.

In a viral photo posted on his Twitter account Logan Paul signed a WWE contract with Triple H and Stephanie McMahon standing over him. The smile on their faces seemed to convey they were already seeing the dollar signs from the amount of revenue his presence on their roster would bring.

Some people are already saying that Logan Paul will be the next WWE Champion, and is already greater than John Cena.

Logan Paul’s story of success is still one of the most inspirational in history considering it all started from him making joke videos on YouTube. Even he probably never imagined that would take him this far.

Logan Paul signing a WWE contract is up there with him being in the ring with Floyd Mayweather. 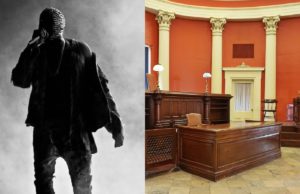 Kanye West is at the center of a major lawsuit over his thoughts about the death of...