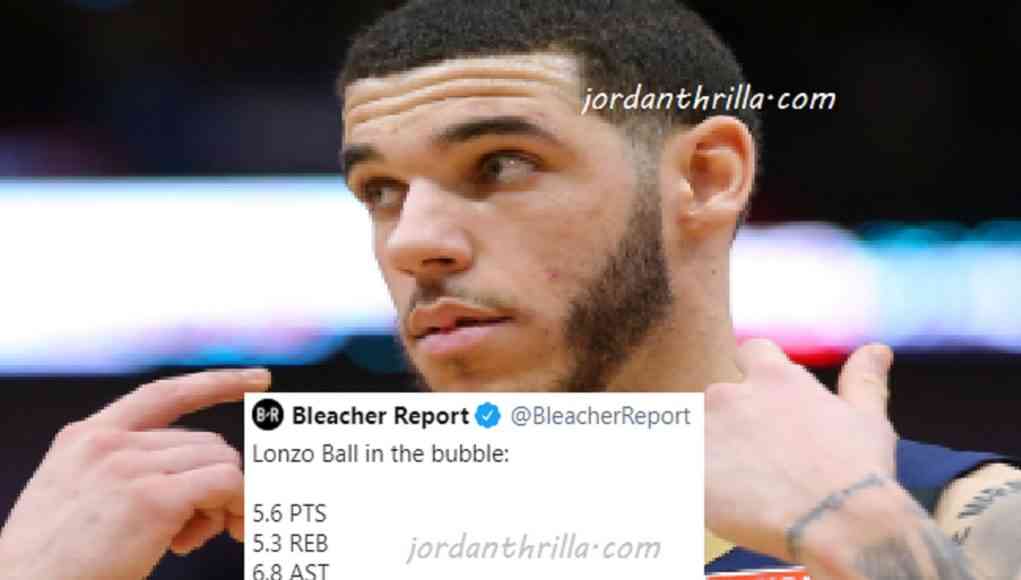 Lonzo Ball responded to Bleacher Report dissing him by posting his Orlando Bubble stats with a very bold statement. After Bleacher Report dissed Lonzo Ball you would of expected him to post some type of smart comment in return. However, Lonzo showed the maturity Lavar Ball instilled him and he responded with a comment that let you know he was motivated by the hate.

Lonzo Ball told Bleacher Report to make sure they post his stats next season. He added a TMC hashtag which means “the marathon continues”, a saying the late Nipsey Hussle made famous.

As you can see his stats are really bad, hurts to look at even if you’re a Lonzo hater.

All in all, Bleacher Report dissing Lonzo Ball might be a good thing. He will remember that post every time he hits the gym this summer to become a better player. His mission now is to prove the naysayers wrong, and force them to have to post great stats next year.

Now that Lonzo Ball responded to Bleacher Report posting his Orlando Bubble stats, he has put the pressure on himself for next season. Hopefully he trains with Lavar Ball more this summer, because that seems to have worked great for Lamelo.

JordanThrilla - September 18, 2020
TikTok and WeChat have been BANNED from US app stores. According to a new report, an investigation...

Donkey vs Hyena: Video Footage of Powerful Donkey Beating Up a...